Xylitol Toxicity is No Treat for Dogs

Most pet owners are aware that chocolate can be toxic for dogs, but xylitol toxicity is less common knowledge. Xylitol is a popular product that shows up in a variety of foods, and our team at Town and Country Animal Hospital is here to explain xylitol, why the substance is harmful to pets, and more truths about this mysterious and potentially deadly ingredient.

Xylitol, sometimes called birch sugar and chemically known as a sugar alcohol, is a naturally derived sweetener from plants. Xylitol is commonly added to sugarless gum, toothpaste, and some peanut butter brands, among many other foods and products. Some people choose xylitol as a healthier alternative to sugar in home-baked goods like muffins, cakes, and breads. Xylitol looks and tastes like sugar, but contains 40% fewer calories, and doesn’t raise blood sugar levels, making the substance a great sugar alternative with many health benefits for humans. Human benefits of xylitol include:

Xylitol may be beneficial for people watching their sugar intake, but can have a highly toxic effect on pets, and dog owners need to understand which products may contain xylitol, and how to keep their pet from ingesting this potentially deadly ingredient.

Why is xylitol toxic to pets?

If your dog ingests xylitol, the ingredient is quickly absorbed in the bloodstream, fast leading to dangerously low blood sugar levels. This triggers your dog’s pancreas to release a large amount of insulin, which is responsible for transporting glucose around the body. Interestingly, xylitol does not stimulate insulin release in humans, which is why products containing xylitol are safe for human consumption. Cats are less likely to experience xylitol’s toxic effects, most likely because of their distaste for sweet human foods.

In some dogs, acute (i.e., sudden) liver injury occurs after xylitol ingestion, and left untreated,  can be life-threatening—unfortunately, most dogs with advanced liver failure do not survive.

What products contain xylitol that could harm dogs?

Over the last couple of decades, xylitol has increased in popularity in human foods and products. The most common products containing xylitol are gum and mints, but many other products may contain xylitol, including:

What are xylitol toxicity signs in dogs?

Xylitol toxicity signs are consistent with those of hypoglycemia, and include:

Signs typically begin quickly—around 10 to 60 minutes after ingestion. If you suspect your pet has eaten something containing xylitol, don’t wait for signs to appear. Immediately contact your veterinarian, or call the ASPCA Animal Poison Control Center for guidance. In some cases, hypoglycemia and other serious conditions may not occur for 12 to 24 hours, and your dog may need to be hospitalized for medical monitoring. Bring any product packaging, so you can provide specific item information.

What is xylitol toxicity treatment in dogs?

Xylitol toxicity needs prompt and aggressive treatment for a favorable outcome. If exposure is unknown, blood work and diagnostic imaging may be used to determine an underlying cause for your dog’s illness. In most cases, once the diagnosis is presumed, your dog will require hospitalization for blood glucose monitoring, dextrose administration, intravenous fluids, liver protectants, and monitoring.

What is the xylitol toxicity prognosis in dogs?

Regardless of how much xylitol your dog consumed, hospitalization with fluids and close blood glucose monitoring is usually necessary. If treatment begins before clinical signs develop, the prognosis is generally good. If abnormalities in liver function are detected, liver protective medications can minimize further damage. Because the liver can regenerate to some extent, dogs with mild liver changes can recover with supportive care. However, liver injury may be permanent, and xylitol-induced liver damage or failure is often fatal.

How can xylitol toxicity be prevented in dogs? 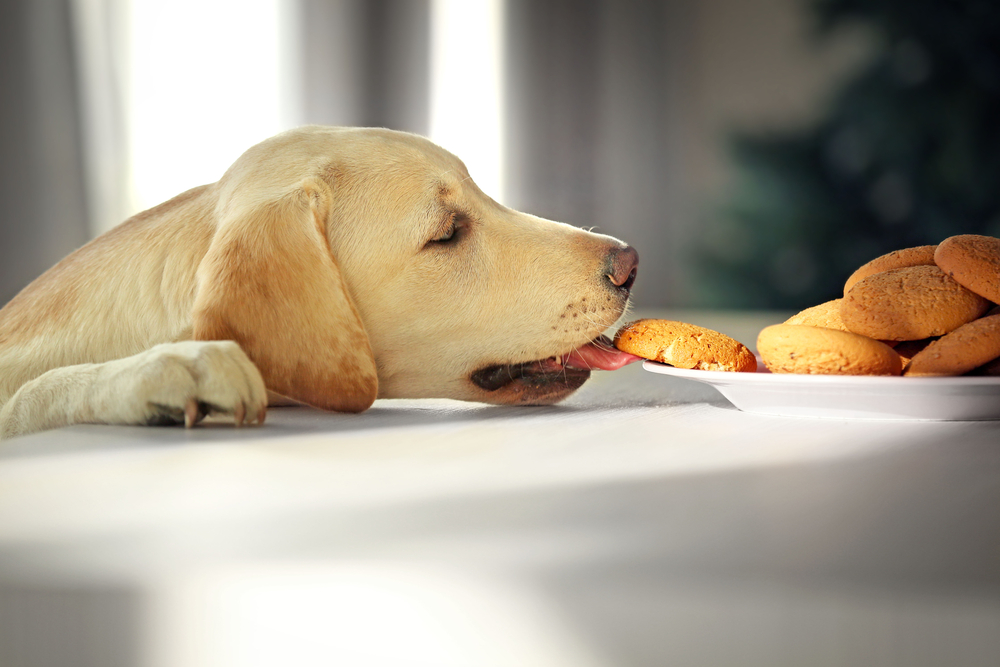 Xylitol is a common ingredient in many packaged foods, and can be difficult to avoid. However, if you use any products that contain xylitol, ensure they are stored safely out of your dog’s reach. Other precautions to avoid a dangerous problem like xylitol toxicity include:

The threat of xylitol toxicity can be scary, but with knowledge and a proactive approach, you can keep your dog safe from its dangerous consequences. If you have questions about xylitol toxicity and ways to keep your pet safe, contact Town and Country Animal Hospital, and our veterinary team will be happy to help.

About the Author: Town and Country Animal Hospital